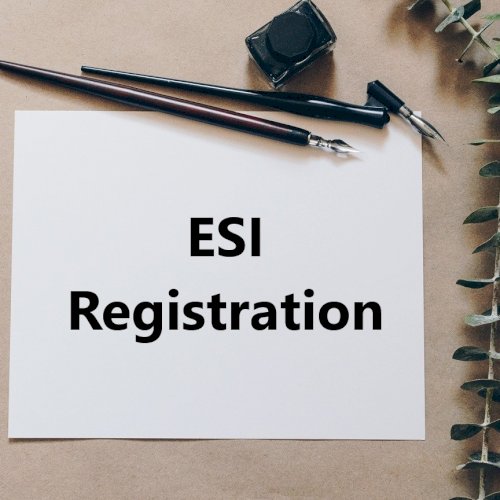 Employee State Insurance (ESI) is a government compliances of companies to help their employees. Thelegalbankmay be a subsidiary platform of Zumosun soft Invention personal restricted, which offers the best distinguish within the property wealth creation. ESI plan is a contributory reserve that empowers Indianrepresentatives to exploit self-financing and human services protection stores contributed by the worker and the business.ESI stands for Employee State Insurance managed by the Employee State Insurance Corporation which is an autonomous body created by the law smaller than the Ministry of Labour and Employment, Government of India.
This scheme is started for Indian workers. The workers are provided with a huge variety of medical, monetary and other benefits from the employer. Any Company having more than 10 employees (in some states it is 20 employees) who have a maximum salary of Rs. 15000/- has to mandatorily register itself with the ESIC. Workers' State Insurance Corporation ("ESIC") is a statutory corporate body set up under the ESI Act 1948, which is in charge of the organization of ESI Scheme. The ESI plan is a self-financed far-reaching government disability plan contrived to secure the workers secured under the plan against monetary trouble emerging out of occasions of ailment, disablement or death due to employee injuries.The ESIC has its headquarters at New Delhi besides 23 regional offices, 26 sub-regional offices in the states and over 800 local offices throughout the country to support the implementation of ESI scheme. In addition, the Medical Benefit Council, a specialized body that advises the ESIC on the administration of Medical benefit is functioning.

The ESIC generally consists of the following members as explained below. The ESI plan is pertinent to all production lines and different foundations as characterized in the Act with at least 10 people utilized in such foundation and the recipients' month to month pay does not surpass Rs 21,000 are secured under the plan. Whether the employer has employed 10 or more employees, all employees employed by the employer, agnostic of the salary are reckoned.

Note:
The scheme under the act also supports restaurants, motor road transports, newspaper establishments and undertakings, movies and purview theatres, hotels, shops.
The threshold for coverage of establishment is 20 employees in Maharashtra and Chandigarh.
Highlights of the plan Complete medicinal consideration and consideration are given by the plan to the representative enlisted under the ESI Act, 1948 at the season of the inadequacy restoration of his health and working capacity. During absenteeism from work due to illness, maternity or factories accidents, which result in loss of wages complete financial assistance, is provided to the employees to compensate for the wage loss. The scheme provides medical care to family members also. As on 31 March 2017, 2.93 crore employees are covered under this scheme with the total number of beneficiaries summing up to 12.40 crores. Broadly, the benefits under this scheme are categorized under two categories, 1) cash benefits (which includes sickness, maternity, disablement (temporary and permanent), funeral expenses, rehabilitation allowance, vocational rehabilitation, and medical bonus) and, 2) non-cash benefits through medical care.

What are the benefits of ESIC registration?

The benefits of registering under this scheme are varied. Some of them are:

What are the archives required for ESIC Registration

The records required for the enlistment are

In the wake of gathering all the previously mentioned records the accompanying strategy is to be pursued for the enlistment of the ESI:

What is the procedure after the structure confirmation?

What number of profits are documented each year after the enlistment is settled?

After the enrollment ESI Returns must be documented two times every year.
The accompanying archives are required for the documenting of the profits: