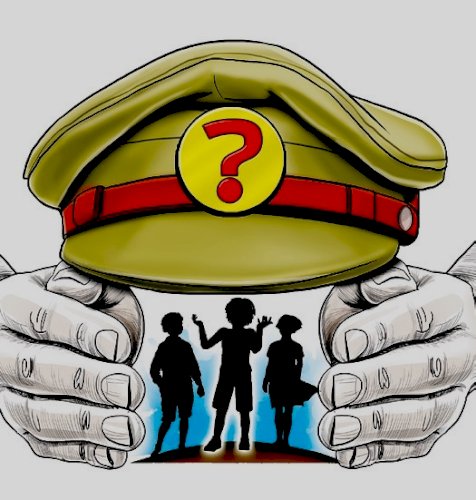 According to sub-section 12 of Section 2 of The Juvenile (Care and Protection) Act, 2015 a “child” means a person who has not completed 18 years of age. The Act assigns the term “child” into two categories: –

The child who has acted an offense and he or she is under the age of 18 years on the date of commission of the crime are called “child in conflict with law”. The second sub-category is “child in need of care and protection” means a child as described under Section 14 of the Act.

Difference between Juvenile and Child

A person under the age of full legal duty and responsibility is a minor or a person who is below the legal age of eighteen years is minor. A child being accused of a crime is not tried as an adult and is sent to the Child Care Centre whereas juvenile is a person within the age group of sixteen and eighteen years. A young person who is been accused of a crime is a juvenile offender and is tried as an adult in court procedures.

In general sense both the term has the same meaning but the however distinction lies in the context of implications in the eyes of law. Minor means young and teen persons whereas juveniles either show the immature person or young offenders.

Juvenile Justice is a legal framework that defines justice for a juvenile following the Indian Legal System. The system is providing special processing and protection to juvenile misconduct. Juvenile Crime means a crime done by a youth who is under the age of 18 years. At present, everyone knows that there is an accelerating rate of juvenile crimes and this growth rate is building a debatable issue of age determination. Age decision is considered one of the most important factors to determine the maturity level of the accused. The rising crime rate is raising a question that whether the juvenile can be tried as an adult or not? The act itself answer to the question that no juvenile offender who comes under the definition of “child with conflict with law” as determined under subsection 13 of Section 2 of the Act shall not be tried as adult and shall be sent to Child Care Centre or any Rehabilitation Centre (till the offender attain the age of 21 years and then he or she may shift to the jail or prison).

Thus, the present Juvenile Law in India considers Age Determination as paramount importance to find out whether the offender falls under the purview of the Juvenile Justice Act.

In the present situation, there is no need to give such a minor kind of punishment for a heinous and hard offense just because of Age determination or Age factor. Rape is Rape, one can’t walkway taking a plea of age factor or mental incapacity or mental unfitness.

Thus, the existing law in the name of Age determination or Age Consent is not creating a deterrent impact on the anti-social behaviour of youth. Juvenile offenders are in believe that committing a heinous crime is no issue as they will get away very few or no punishment in the name of reformation.

Adopting the reformative theory of punishment by law is giving an undue advantage to juveniles to perpetuate their ability to commit a crime without facing any harsh consequences. Reformation is good but not always. If the law is talking about reforming juvenile offenders so that they can have a better life in the future then the law should also talk about the rights of the victim. Justice must be given to the victim. The theory of reformation is helping juveniles to reform but it is not helping the victim at all.

The act is totalling concentrating on the reformation rather than penalization. Penalization will definitely create a deterrent effect on the juvenile and increasing the rate of crime by a juvenile will slow down.

How many Types of Juvenile Cases?

The juvenile court procedure will normally vary depending on the type of case. There are 3 basic types of juvenile cases:

The organization model changes state by state, and some states, for example, Alabama, allow all county and city jurisdiction to determine which is the best way of organization. Where the juvenile court lies has profound implications for the juvenile manner.

In a juvenile case, the victim does not make charges against the accused. A crime is considered a crime against the State, and the people of the State file charges. The county attorney represents the State, and filing a request against the juvenile is charging him or her with a crime. In some circumstances, a law enforcement officer will issue a ticket, also called a citation.

The juvenile justice system works to treat and improve juvenile offenders. Including diverting the juvenile from the court process through other therapeutic justice services when possible. Also, juvenile courts move faster to resolve cases and give the accused more privacy than adults charged with similar crimes.

In some situations, a juvenile may be taken into custody and arrested. The police officer may issue the juvenile to the custody of a parent or guardian, place the juvenile in a shelter care equipment, or extend the detention. The law dictates that a juvenile be released from detention unless certain strict conditions exist. Most juveniles in detention must come before the court within 24 to 48 hours for a detention hearing. Most juvenile offenders are not detained. They are charged to court by a mailed notice.

The hearings, described on the next page, may take place in different locations. A juvenile offender's arraignment hearing, pre-trial hearing, and trial happens in the province where the crime was done. The settlement hearing takes place in the county of residence.

At the arraignment hearing, the juvenile will appear in court and be asked to "admit" or "deny" the offense claimed in the petition. Juveniles are allowed to an attorney and may apply for an attorney to be selected to represent them. An admission is related to a criminal case. Upon admission, the juvenile's case goes to disposition, either directly or in the future. Rejection leads to a trial.

In some jurisdictions, the judge may order a pre-trial hearing to determine issues of law before trial. Citizen witnesses are normally not called to show at these hearings. The juvenile may admit at this hearing.

In most cases, juvenile trials are taken before the judge.

However, in some instances, a juvenile can demand a jury trial. A juvenile offender has the same legal protections during the trial as an adult filled with a similar crime. The judge or jury will decide that the petition is "proven" or "not proven." If the judge finds that the petition has been proven, the case proceeds to a disposition hearing.

Once the juvenile is sentenced by a judge or jury (or enters an admission), a disposition hearing is recorded. The judge has many options, including a warning, restitution, fines, community service, probation, foster care, out-of-home placement, or delay. The disposition will depend on the offense, the juvenile's position, the juvenile's criminal history, or the availability of relevant services.

Institutional treatment for juveniles in India:-